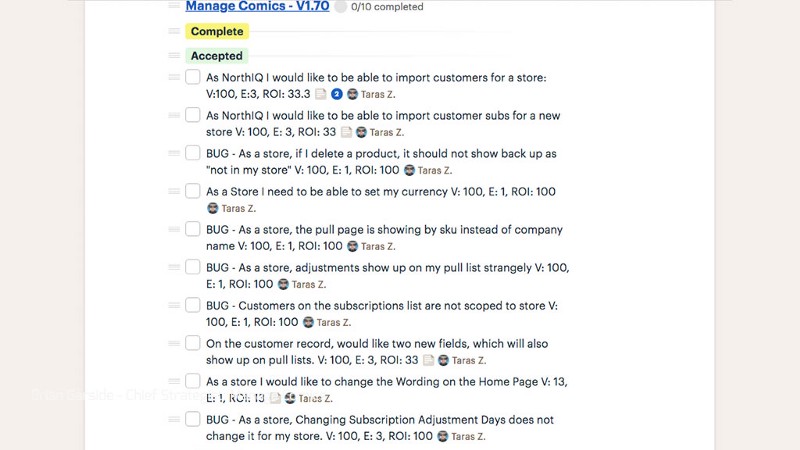 This is just a quick update, as a follow up to last week’s post on our Manage Comics Roadmap, version 1.70 has been released, it was a couple of days later than our estimate due to our tireless Code Elves getting the flu, but we’re very happy with this release.

In addition to squashing several bugs, we’ve also added a subscription import tool so that I can easily add customers and subscription titles to a store.

Here are the highlights:

Also, we squashed a bug as a non-bug,

It turns out this was fine, and it was just a miscommunication with the store in question.