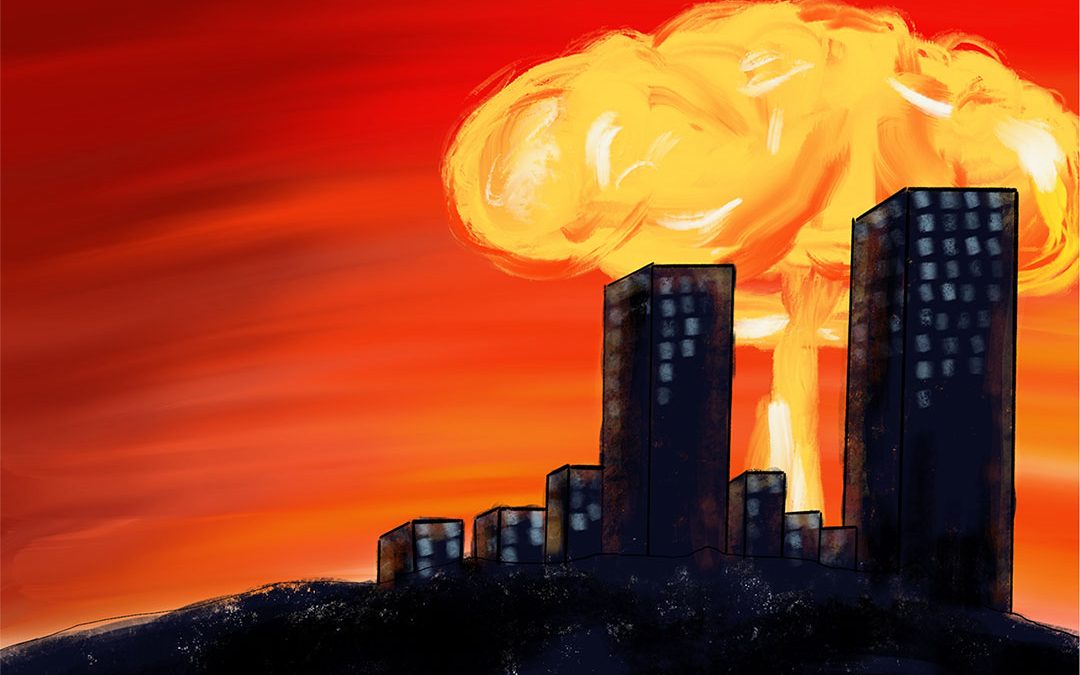 How Comic Shops Can Survive the Apocalypse

This post was featured on Bleeding Cool recently – How Comic Shops can Survive the Inevitable Sales Apocalypse, we’re archiving it here for posterity’s sake.  This is part of the Managing Your Shop series.

At the recent ComicsPRO meetings, both Joe Field and Brian Hibbs talked about what the comics industry needs more of. The problem with both Field’s and Hibbs’ plans is that they require Diamond and publishers to jump on board and fix all of the problems that are ailing the industry.

But we also know that retail has changed drastically in the last decade, the four horsemen of the retail apocalypse have already consumed major players like Toys R Us, Sears, and Hastings, now they are heading our way.

The four horsemen are:

Individually any one of these can be countered relatively easily, but when all four ride together, they can signal the apocalypse for any industry.

Field’s and Hibbs’ underlying assumption is that comics shops “got it right” and can’t do more to evolve their business, but that’s simply not the case. There are several things comic stores can do to avoid the apocalypse.

About Me: I’ve worked for comics shops as a front line worker, I’ve helped get many stores online, I built an online comics shop, and I run a comics service for subscriptions. I’m a comics guy, but I’ve also been doing digital marketing for more than two decades.

I’m a huge advocate of technology; it is the one factor that can level the playing field for everyone. With the proper use of technology, the smallest player can compete with the biggest players in the industry, and geography is not an issue.

These are my five strategies to help comic shops survive the retail apocalypse.

Invest in systems and technology

Comics that don’t sell through within 30 days are usually dead stock, and the back issue market is a shadow of what it once was. Anything that doesn’t sell is profit that is bleeding out of the company. Likewise, not having enough copies to cover pre-orders is also bleeding profit from your store. You need a system that helps you know at a glance what you need to stock and when you need to order extra copies.

Comics companies make it actively difficult to collect comics. The vast majority of your customers do not want to go through the 3000-item Previews catalogue. You need to curate the catalogue for them and present the highlights to them.

You also need to help them with series starts and stops. Keeping up with Diamond codes has become a full-time job, and it’s incredibly important that every jumping-on point doesn’t become a jumping-off point. That’s why you need to stay on top of things like Series Code changes (or choose a service that does this for you).

Make your store a destination

Borders Books and Music, Hastings, Toys R Us, Sears—these are all major corporations that have folded in the last five years. Every one of them faced the same problems that your store is facing right now. Competition from online retailers, competition from other mediums, and even competition from non-traditional places.

In short, where comic shops were once the only game in town, that’s simply not the case anymore. Stores that have survived have done so because they have diversified, embraced community, and become a destination.

In marketing we often talk about Unique Selling Proposition—what is it that makes your shop stand out? It might be as simple as friendly, helpful staff or a cool shelf display. It may be something unique like a dedicated gaming space or a built-in cafe.

Comic shops need to embrace their unique strengths. Look at examples of successful comic shops that have branched out and see how their differences make them destinations and not just “another comic store.”

Get in front of customers

Marketing is incredibly important. It’s hard to get attention, but there are more opportunities than ever before to get in front of your customers.

Email – An email list is invaluable. Being able to let your customers know that their books have arrived so that there are no surprises on New Comics Day is a service customers crave. Once you’ve got their email address, you can also let them know about other events that are happening at your store or new additions they can subscribe to.

In Person – There is at least one comics-inspired movie per month between now and the fall, and each one of those is an opportunity to reach out to a local movie theater and offer a superhero team up. Donate some of your Free Comic Book Day comics with a flyer featuring an offer for your shop. Theaters are looking for reasons to differentiate themselves as well, and this kind of a team up can benefit both of you.

In Your Store – You need to make tie-ins incredibly obvious. The recent example of the total sell out of Umbrella Academy material is proof that people want tie-in material. A large, prominent display of currently popular pop culture material, whether it’s “Did you like John Wick?  Check out Criminal”, or direct comparisons to current popular shows and movies still works.

Be where your customers are

87% of purchases begin online. Your store must have a solid web presence with at minimum the location, some current photos of the shop, and a good description of what you carry. Facebook and other online social platforms are great, but a good old fashioned website is essential. If you also have the ability to sell your products online, you open up a ton of opportunities for yourself.

The sad reality is that many shops have closed recently. But this gives you an opportunity to expand your geographical reach. I’ve heard from many store owners that online sales are a hassle due to shipping concerns, yet shipping has never been easier with services like Stamps.com and ShipStation.

If you won’t cater to the customers who have lost stores, either someone else will or those customers will abandon the hobby.

It is going to be a battle, but together we can defeat the four horsemen of the retail apocalypse, and keep the comics industry strong.