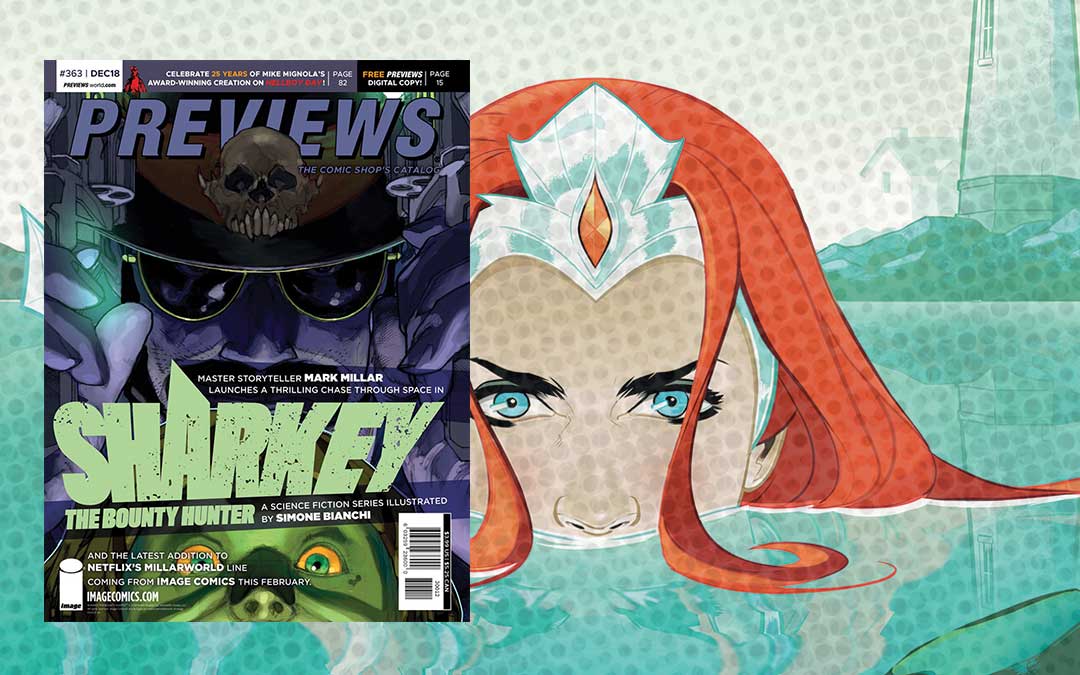 We’ve added a bunch of great new comics for your customers to subscribe to, and they’re all linked directly below!

Featured Comics of the Month:

DC Comics – The Super Sons Book One – The Polarshield Project TPB is the first in a trio of epic graphic novels that follow the Super Sons as they discover their place in a rapidly changing world.  Written by Ridley Pearson with art by Ile Gonzalez.

Marvel Comics – Uncanny X-Men Winter’s End, when the X-Men get a visit from the future from an older and much more morose Bobby Drake telling the younger Iceman to give up being a hero, it will be up to all of the Uncanny team of friends to figure out what went wrong.

Other awesome comics to keep an eye out for:

From BOOM! Studios comes Hotel Dare, an original graphic novel by Terry Blas and Claudia Aguirre. Three teens take a summer job with a distant relative only to find out that her rundown hotel is a multi-dimensional nexus!

Also from Dark Horse The Girl in the Bay from J.M. DeMatteis and Corin Howell present a new dark fantasy about a girl left for dead in Sheepshead Bay who emerges alive…50 years later to find out that someone (or something) has lived her life in her absence.

DC Comics: Mera Tidebreaker is the new young adults graphic novel from bestselling author Danielle Paige and illustrator Stephen Byrne as they explore Mera’s first steps on land and her decision to be a hero…or a villain.

The Wonder Twins are back! This new series from Brian Bendis’ Wonder Comics sees the alien brother-sister duo of Zan and Jayna navigate life as teens on earth at South Metropolis High School under the watchful eye of Superman.

Image Comics’ Millarworld presents Sharkey the Bounty Hunter from Mark Millar and Simone Bianchi. Sharkey is a rough and tumble blue collar bounty hunter who is really good at his job. When the galaxy’s most dangerous criminals hear the sound of his rocket powered ice cream truck, they know that justice is about to be served…cold.

At Marvel, look for Avengers – No Road Home is a weekly Avengers event written by Al Ewing, Jim Zub, and Mark Waid with art by Paco Medina. Featuring a team of Avengers that includes the Scarlet Witch, Vision, Hercules, The Hulk, Hawkeye, and Rocket Raccoon along with the forgotten avenger Voyager searching for the Shards of Night to bring an end to universal darkness.

Old Man Quill is the tale of the old guy who gave up being Star Lord to become the Emperor of Spartax, giving up his role to follow his former teammates on one last heist.