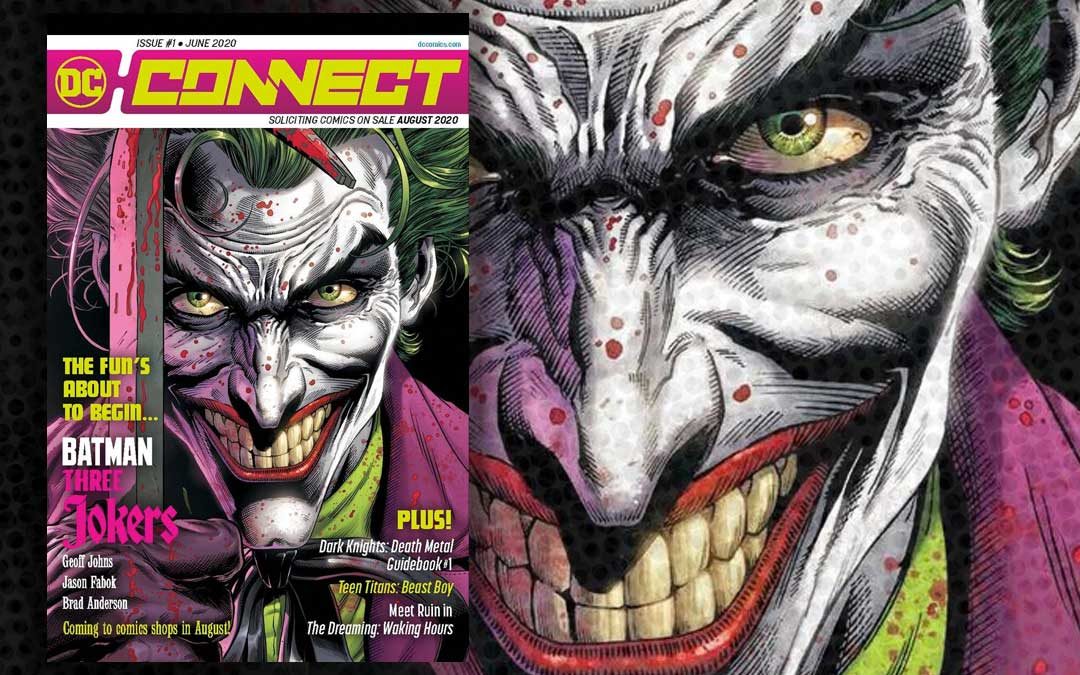 DC Comics is now doing their solicitations a little different than other companies. They have a magazine called “DC Connect” which will be available only digitally, and which will have different information.

Going forward we will highlight a few titles out of the DC Connect spotlight, and make them available as a separate email from the rest of Previews.

Thirty years after Batman: The Killing Joke changed comics forever, Three Jokers reexamines the myth of who, or what, The Joker is and what is at the heart of his eternal battle with Batman. New York Times bestselling writer Geoff Johns and Jason Fabok, the writer/artist team that waged the ‘Darkseid War’ in the pages of Justice League, reunite to tell the ultimate story of Batman and The Joker!

This tabloid-size epic from 1978 tells the tale of a forgotten chapter of World War II in which Superman and Wonder Woman cross paths while the United States stands at the brink of developing nuclear weapons.

#1 New York Times bestselling author Maggie Stiefvater (the Raven Cycle series) and artist Morgan Beem unearth the primal power of memory and how it twists the bond between two brothers.