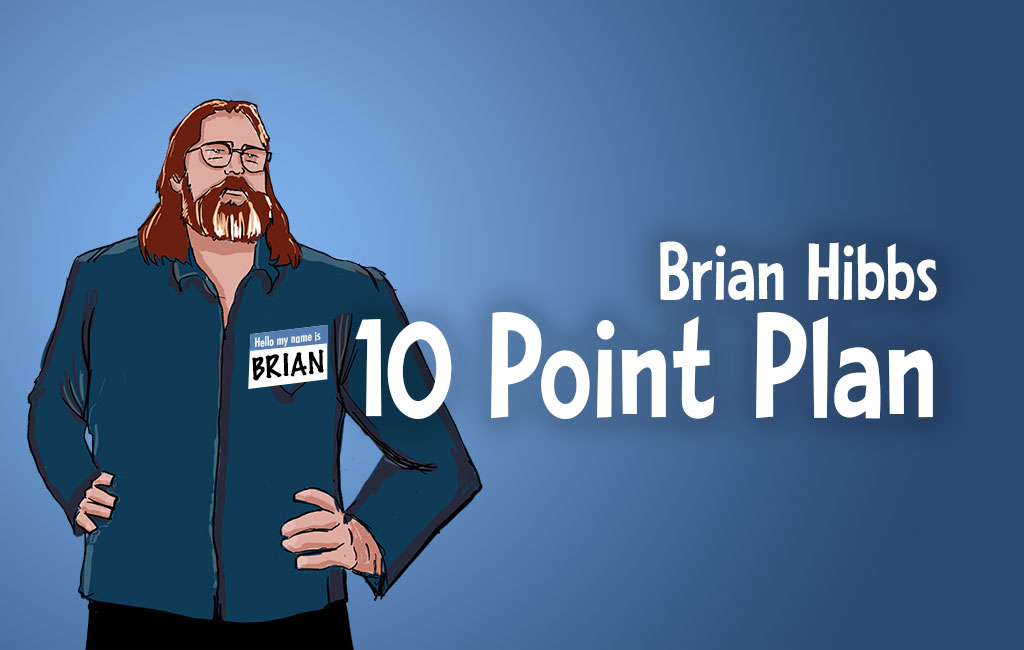 At the 2019 ComicsPRO meeting, retailer Brian Hibbs outlined ten items he believes Diamond and the comics publishers need to enact in order to maintain a healthy comics industry.

Hibbs is passionate about the world of comics retailing. He has done a lot to make the industry better, and is often at odds with Diamond Distributors. His efforts have resulted in a number of incredibly good things for the industry, including return-ability, and the Final Order Cut-Off system.

We haven’t seen anyone actually list the ten points, but based upon transcripts of the meeting (The Comics Beat has a great recap – Retailer Brian Hibbs has a 10-point plan for the comics industry), it appears as though the ten points are these.

The use of SKU’s the way they are done right now makes everything more difficult, from using a Point of Sale (POS) system, through to managing an online inventory.

Variants in general are a major problem. A lot of collectors enjoy the variant covers, but the truth is it is an artificial market that has short-term collectability, but over the long term those variant covers are worth less and less.  A 1-in-100 variant cover on Hot Book of the Month is worth very little a year later. Variants also make the ordering process confusing for both customers and for retailers.

Comics not listed in Previews is a huge problem. We curate a list for Manage Comics, and seeing things get announced at FOC, or just as bad, get a title name weeks later (see “Mr. and Mrs. X” as an example) throws a huge wrench into everything.

Diamond’s existing “Series Codes” seldom make sense, and having a data summit to create a governance committee for important information like this needs to happen.

At the ComicsPro summit, Hibbs detailed his ten point plan.

Stop mixing SKUs for things like minimum orders and chart reporting. Combining SKUs defeats critical economic Darwinsim needed for a healthy marketplace, and sends clearly distorting messages about how and what is selling. Each and every line item should stand on its own individually, and if there are variant covers that do not, or can not, meet those paltry $2500 wholesale orders, then it should not be allowed access to the national marketplace. There’s absolutely no reason to waste everyone’s time, energy and bandwidth for individual covers that less than 200 accounts are purchasing. Publishers should handle those sales directly with those retailers without involving the national marketplace

By the same token, I call again for all sales charts to include a “penetration index” – a simple percentage of how many accounts are purchasing a specific SKU. SKUs that don’t reach (and this is a number from a hat for a talking point) approximately one store in three probably don’t deserve national distribution.

All “Meet-or-Exceeds” must go away, immediately. Tying one product to another is not only immoral, and creates an environment of “haves” and “have nots”, but I also strongly believe it is against Federal Law.

There needs to be a creation of a threshold of what the native sales of a base title must sell (or be projected to sell) that limits the number of variants that are allowed. I suspect the number is something like “one for every twenty thousand copies sold”, but, again, numbers from a hat. If you sell 20k or over, you can have a variant cover, 40k and over, you can have two, and so on. Below those numbers you don’t deserve any. And there is no universe outside of once-in-a-lifetime events like ACTION #1000, where any single comic should have ten or more covers.

If that’s not enough, I also think there should only be a certain percentage of a publisher’s line that should be allowed to be variants. Again, as a from-the-hat number, I’d suggest a possible number like 25% of their total output.

6 – Shipping information in a box-by-box format, and review discounts and shipping

I call for all shipping information to appear on invoices in a box-by-box format. Shipping is an entire black box at Diamond with very few (or very poor) methods for retailers to understand what this major expense genuinely entails. Frankly, its time for Diamond to entirely reevaluate how they handle discounts and shipping because as things currently stand, in most cases (including virtually every single “exclusive” publisher) it is actually cheaper to buy most backlist product anywhere but Diamond because almost every other distribution option includes 100% free, or steeply discounted, shipping.

7 – FOC locked no later than noon Fridays, including all aft and information otherwise 100% returnable

FOC needs to be 100% firmly bolted down and locked no later than noon on Fridays. This includes each and every cover. Absolutely no changes should be added after this time, and every listing that doesn’t include all art and all information should then be 100% returnable (even if that’s out of Diamond’s end)

8 – Every comic should be listed in PREVIEWS, not available only at FOC.

Without a truly exceptional and out of the ordinary reason, every comic should be listed in PREVIEWS for initial order. Comics that first get listed on FOC for the first time would then be fully 100% returnable, as we have no way to poll customer data to determine the proper orders.

I call for a “Data Summit” in which all stakeholders come together to have an extensive conversation about how why and when to assign “Series Codes” to products. Such codes have far reaching implications for the working retailer’s ability to properly order comics, to track data, and to make meaningful conversions to our customers. Diamond regularly, and without reason, assigns series codes to one-shots, while not establishing them for things that are clearly series. This causes endless problems which have to be worked out individually by retailers at great time and individual expense.

Finally, I call for the first THREE issues of any new series to be fully, no fee, no hoop, returnable from ALL publishers. This includes one-shots and mini-series. The only way I see to encourage publishers to be cautious and sober about what they put on to the market (and how they promote it) is to make sure there is a financial incentive to do so, and I think that returns are the mechanism with which to do that – where we are all sharing skin in the game