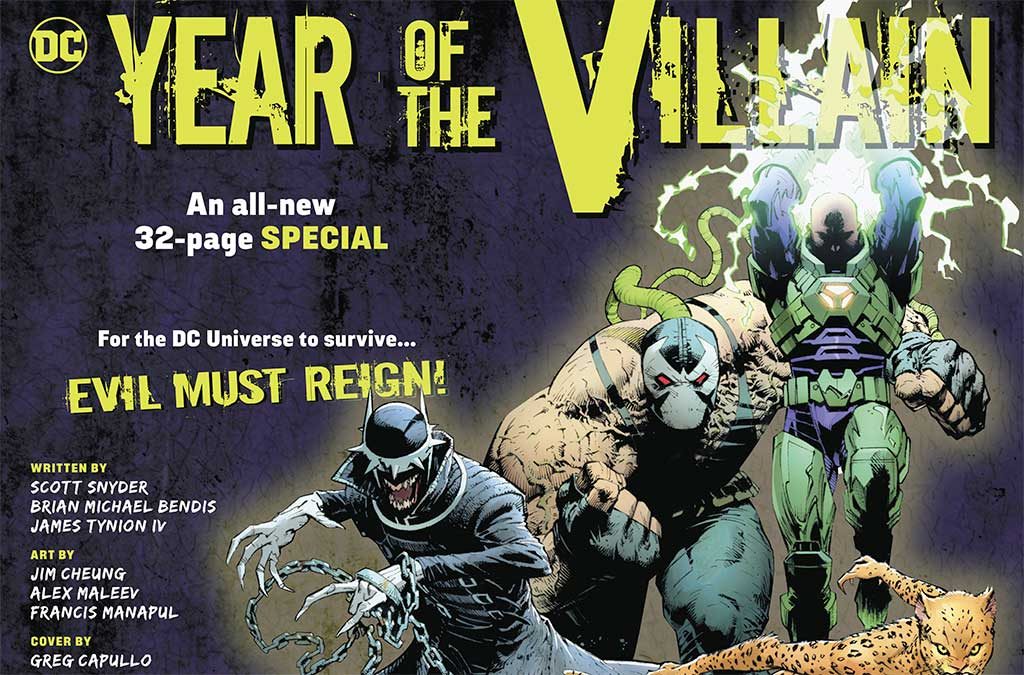 DC Comics’ “Year of the Villain” event was kicked off on May 1st of this year with DC’s Year of the Villain Special. Comic fans purchased thousands of copies of the special for just thirty cents upon release; with many shops giving it away for free during Free Comic Book Day, and the freedom to read the issue at no charge on ComiXology.

The primary thought at the forefront of comic shop owner’s minds should center around DC Comics’ immense support from and promotion by DC comics. Those without large marketing or outreach budgets may be able to leverage the momentum of DC’s own advertising efforts in order to see the best results from this event. With multiple comics in store, it’s a clear opportunity to make more money with comic pull lists and improve community engagement.

It’s the culmination of significant time and effort

Scott Snyder has stated that Year of the Villain is “a culmination of all the stuff we’ve been building toward on Justice League and since Metal.” That means that fans will have the opportunity to watch scenarios that have been in the works for years play out in front of them in vivid detail. “Year of the Villain,” says Snyder, “is about [Luthor] finally believing in something bigger than himself.”

There’s plenty of content for fans of all kinds

Year of the Villain centers around Lex Luthor visiting a myriad of DC titles, which means that it takes place across the entire line of DC Comics. That’s great news for fans and comic shop owners alike. Whether readers are fans of Batman, Superman, or any other members of the Justice League, they’re sure to be wowed by a storyline with such serious repercussions.

Shop owners can easily capitalize on the fanfare with themed events and parties. If one issue heavily features a specific hero, it’s as simple as creating a promotion or get-together based on that character to draw crowds and keep excitement for future issues high.

It’s supposed to be cause for celebration

Snyder emphasized that DC wants readers to have a summer filled with the biggest heroes and villains taking center-stage on an unprecedented scale. The series was built to expose readers to crazy, fun, high-stakes storytelling that immerses them in the DC universe and creates a level of excitement that’s been sorely missed in the industry for some time.

This is great news for shop owners. With a series that lends itself to fanfare and a need to know how the story ends, there’s ample opportunity to increase profits and community engagement.

The event makes every other comic bigger

Snyder himself has stated that one thing he loves about Year of the Villain is that while it can be read as a series, readers can also easily grab their favorite book and read it on its own. He loves that rather than shoehorning a plot into a comic book, Year of the Villain allows the book itself to make the plot larger than life.

The series is a crossover designed to honour its roots—there’s no hesitance to fold vivid imagery and detail into the narrative. Snyder and the other writers dedicated themselves to elevating the source material in order to facilitate an explosive, moving finale.

The first issue lays seeds for the future

DC has teased that the initial issue of Year of the Villain is laying some serious groundwork for the future. The new City of Bane storyline, for example, is being well-examined and prepared here before getting its own chance to shine. Combined with other major stories like the Death of the Speed Force arc, these compelling tales are sure to create an event of an epic scale.

This is an excellent opportunity to entice customers to engage in shop events—a trivia night becomes a lot more appealing when you’re aiming to remember information you know will be important down the road.

DC’s Year of the Villain is the perfect opportunity to entice customers to make purchases and sign up for subscriptions. For more information about how you can boost comic sales and make more money with comic pull lists, snag a copy of Manage Comics’ ebook for success. You’ll learn about the benefits of Manage Comics and how they can help increase sales and profits; reasons to partner include: