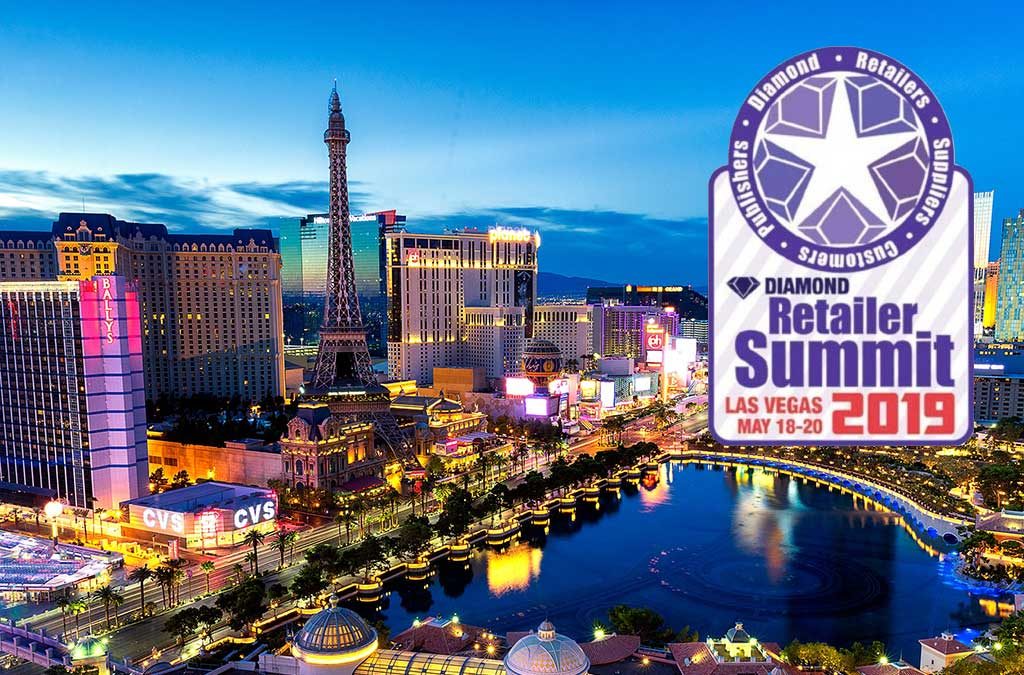 One of the most exciting events in the comics world is the Diamond Comic Distributors Retailer Summit, which took place in Las Vegas this May. The summit is a hotbed of comics’ world activity and gossip, where many publishers choose to unveil exciting new developments for the year ahead. If you weren’t able to make it to this year’s summit, keep reading. This article will recap five of the most exciting takeaways from this year’s proceedings.

One of the most exciting pieces of gossip had to do with the DC character Wally West, who is the third incarnation of the ever-popular Flash character. It seems that DC will be unveiling a new Wally West series that will take place after the chronology of Heroes in Crisis. The new series will come out before the next Suicide Squad series, which will also star Wally West. Hopefully, more details will soon emerge about what the new series will involve, and who will be working on it.

2. Stunning Revelations in Powers of X

There has been a huge amount of buzz focused on Marvel’s two upcoming X-Men miniseries: House of X and Powers of X. Jonathan Hickman made a video appearance at this year’s summit, making a huge claim about the first instalment of Powers of X. According to Hickman, Powers of X #1 will feature the “most important scene in X-Men history.”

The two series’ story arc will run for a combined 12 weeks. At the end of that time, revealed Hickman, an entirely new universe of X-men books will launch. This universe will include some classic superhero adventures. Certain books will carry forward ideas from House of X and Powers of X. Still, other books will explore entirely new concepts.

The hype around Spawn #300 has been building for a while now, with rumours recently surfacing that Greg Capullo will be joining the cast. Even more details emerged at this year’s Diamond Retailer Summit. Not only was Capullo’s participation confirmed, but so was that of Scott Snyder, Greg’s partner from both Batman, Metal and Last Knight on Earth.

Even more exciting, Todd McFarlane will be intimately involved with Spawn #300, not only writing the book but also drawing it. Additional art will be provided by the likes of Jason Shawn Alexander, J. Scott Campbell, and Jerome Opena. With this issue, Spawn will officially become the longest-running independent comic series in history.

Immortal Hulk has already enjoyed a nearly unprecedented level of sales success, with the first issue already in its fifth printing. Now Marvel has announced that it will be giving the first six books of Immortal Hulk the true crown: a special Director’s Cut version. The books will start hitting the shelves in August, featuring original artwork, notes, script, and other production matters.

Comic book stores and retailers had plenty to rejoice about at this year’s summit. A variety of different publishers announced that they will be offering returns on the first books of key titles.

DC will be making both Superman: Year One and Event Leviathan #1 returnable, and may extend that policy to include the second books as well.

Furthermore, DC unveiled a new return-ability program that will affect a much larger swath of their releases, including all of the following:

Dark Horse Comics also announced that they would be offering returns on the first two issues of Tommy Gun Wizards. Likewise, Critical Role: Vox Machina — Original Series II #1 will be fully returnable for retailers who order 10 or more copies.

Finally, Boom Studios, one of 2018’s hugest success stories, announced that they would be adding two of their original graphic novels to their Guarantee Retailer Rewards Program. Both Hotel Dare and Plate Tectonics will now be eligible for that program.

For more information about the exciting revelations at this year’s Diamond Retailer Summit, or to set up a custom pull list, contact the industry experts at Manage Comics.

Get our New Guide!

What you need to know about better comic pull lists for your store.

Selling comics is harder than ever, extra stock is a problem, not having enough on hand is even worse. Ordering is a chore, and customers want to know what they’re getting right now.

What if there was an easier way? Download this ebook and find out how to make more money with comic subscriptions.